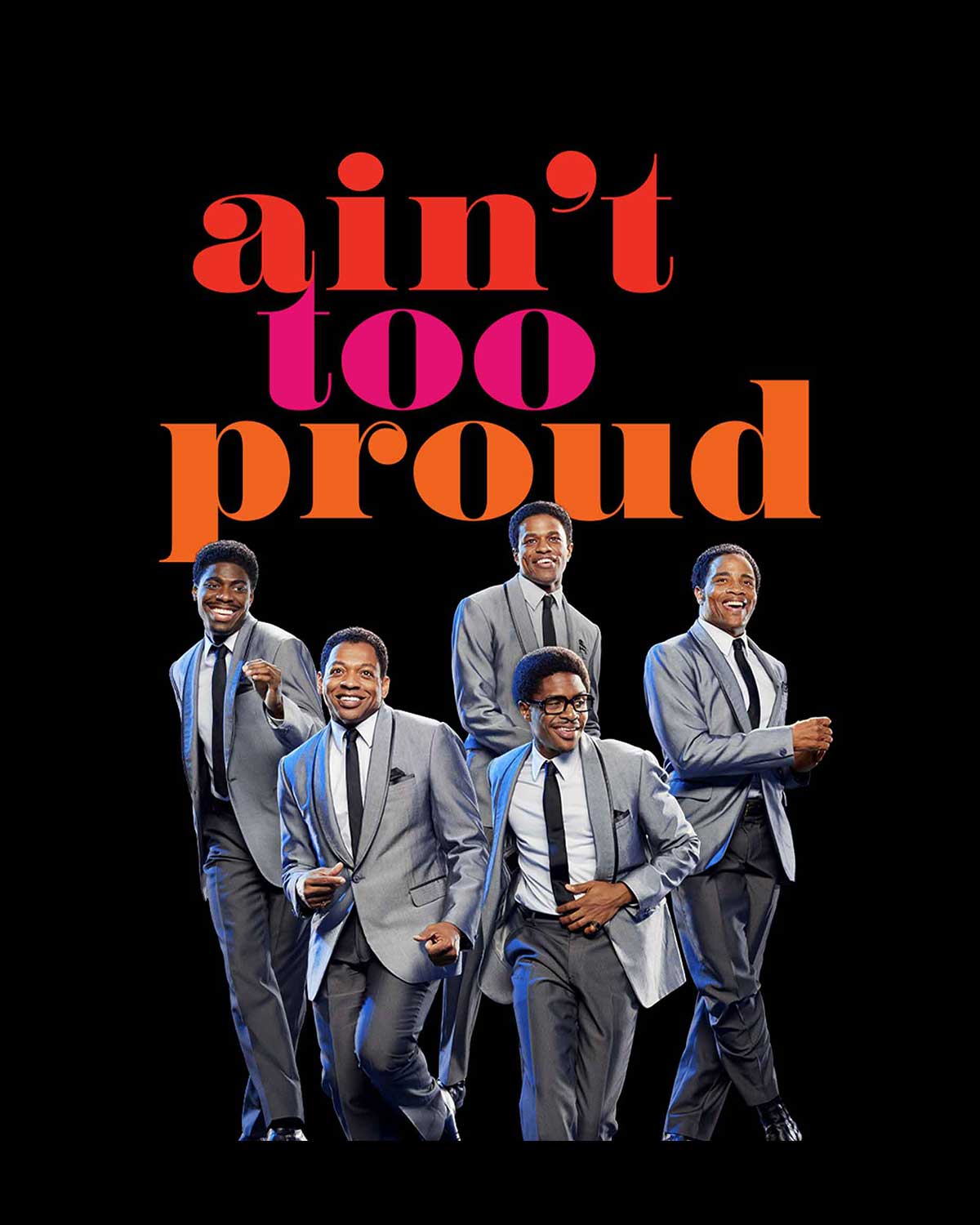 Five guys. One dream. And a sound that would make music history.

AIN'T TOO PROUD is the electrifying new musical that follows The Temptations' extraordinary journey from the streets of Detroit to the Rock & Roll Hall of Fame. With their signature dance moves and unmistakable harmonies, they rose to the top of the charts creating an amazing 42 Top Ten Hits with 14 reaching number one. The rest is history — how they met, the groundbreaking heights they hit and how personal and political conflicts threatened to tear the group apart as the United States fell into civil unrest. This thrilling story of brotherhood, family, loyalty and betrayal is set to the beat of the group's treasured hits, including “My Girl,” “Just My Imagination,” “Get Ready,” “Papa Was a Rolling Stone” and so many more.

After breaking house records at both Berkeley Rep and The Kennedy Center, AIN'T TOO PROUD, written by three‑time Obie Award winner Dominique Morisseau, directed by two‑time Tony Award® winner Des McAnuff (Jersey Boys), and featuring choreography by Tony nominee Sergio Trujillo (Jersey Boys, On Your Feet), now brings the untold story of this legendary quintet to irresistible life on Broadway. Get ready — 'cause here they come!