Sugarman seeks out "Jersey Boys" wherever they may be 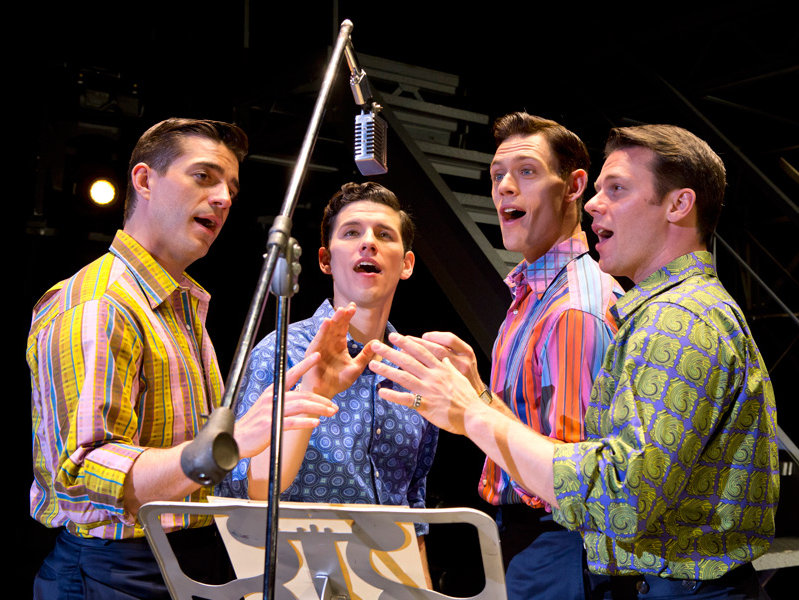 They're called jukebox musicals and there have been a lot of them in the last decade.

Some have been huge successes, like "Mamma Mia," based on the music of Abba, and "We Will Rock You," featuring the music of Queen. Then there are the busts, like "Million Dollar Quartet," all about Jerry Lee Lewis, Carl Perkins, Elvis Presley and Johnny Cash at Memphis' Sun Studios.

But it's probably safe to say that there has almost never been a jukebox musical quite as big as "Jersey Boys," which returns to the Marcus Center for the Performing Arts, Wednesday, Oct. 16 and runs through Oct. 27.

It's the second time that a "Jersey Boys" show, telling the story of 1960s vocal group The Four Seasons, has stopped in Milwaukee.

And the lady responsible for casting every production of the show is Merri Sugarman, who works for Tara Rubin Casting in New York.

"'Jersey Boys' is kind of my baby," Sugarman said in a recent interview. "I've been supervising casting since 2006 and I've done the touring company, the Chicago company, the Las Vegas company, all of the replacements for tour one and Broadway, South Africa, England and Australia."

That's finding a lot of Frankie Vallis, Tommy DeVitos, Bob Gaudios and Nick Massis. And Sugarman is pretty particular about what it takes to join this show.

"I think that there are certain things that have to be innate and then we can teach them the rest," she said.

"We have something called Frankie camp where we send people to a very rigorous week-long session with Katie Agresta, who is our music coach, our musical people and our dance people and we decide who we're going to sort of get ready to be a Frankie."

Finding a Frankie can be a long, involved process, said Sugarman.

"From the beginning, I know what our needs are," Sugarman said. "I put out a breakdown to all of the agents with character descriptions and when these actors would need to be available and sort of a road map for when the auditions are going to be, which is a whole other story because our team is global now so there are a lot of cooks in this kitchen as far as approvals.

"I'll pre-screen people at which time they'll sing their own song, hopefully in the style of the show. That sort of gives me an idea of their ranges. I'll look at them on a very sort of general level for rhythms and dialect and region and then and we do sides from the show, little pieces of the script, and then I will call back the ones that I think are in our world."

When you need Frankies for all these shows it can be more than a full-time job.

"I'm literally never not booking for 'Jersey Boys,'" Sugarman said. "A lot of times I'll just be walking down the street and if I see somebody who even remotely looks like they're in our world I'll stop them. I've been known to talk to waiters."

As a result, Sugarman has more than a few tales to tell, too.

"I have a lot of stories. One guy was found in a random play in the East Village at like 10 o' clock at night in a church basement that I barely made it to and who wasn't even a singer and wound up playing Frankie on Broadway."