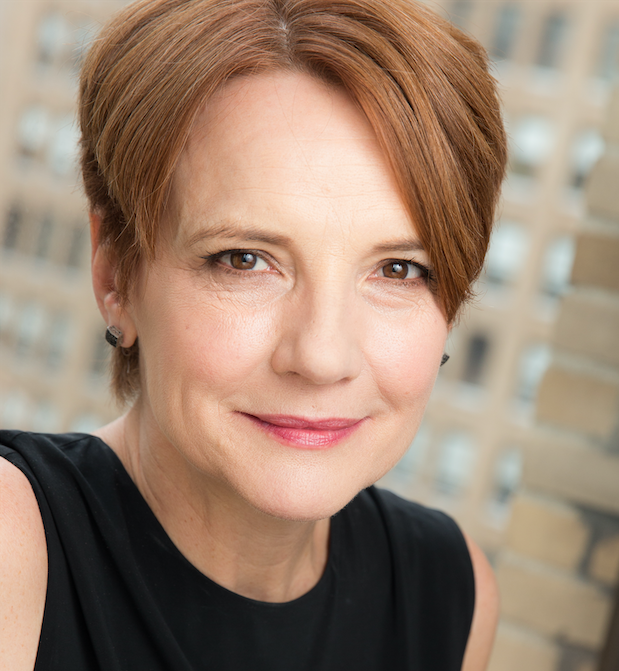 Tara started her company in April, 2001 after working for 15 years as a Casting Director at Johnson-Liff Associates.  During those years she worked on productions of Les Miserables, Phantom of the Opera, Cats, Sunset Boulevard, Jerry Zaks' revival of Guys and Dolls and Miss Saigon.  She also cast the daytime drama Another World and Dan Aykroyd’s series Soul Man.

At Tara Rubin Casting, she and her colleagues cast the musicals School of Rock, It Shoulda Been You, Gigi, Bullets Over Broadway, Big Fish, Mamma Mia!, Jersey Boys, Les Miserables, Phantom of the Opera, Aladdin, Mary Poppins, Spamalot, The Producers, Young Frankenstein, Promises, Promises, How To Succeed… for Broadway as well as The Country Girl, The Heiress, The Farnsworth Invention and A Time To Kill.  They recently completed their 12th season as Casting Directors for Yale Repertory Theater and have worked with many regional theaters including La Jolla Playhouse, The Williamstown Theater Festival, Dallas Theater Center, Arena Stage, and The Westport Country Playhouse.

Tara graduated with honors from Boston University and serves on the board of the Casting Society of America. 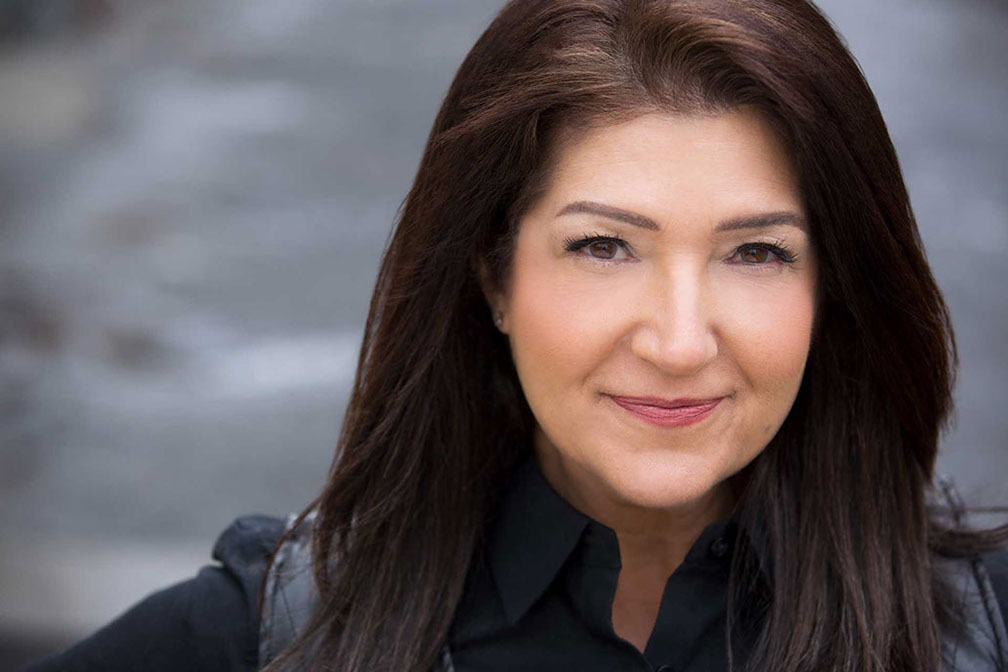 Initially an actress ('Les Miserables', 'Aspects of Love', et al.), Merri found herself out West some years back where she quickly made a name for herself at Liberman/Hirschfeld, then Liberman/Patton Casting, working on such shows as "NewsRadio", "The Larry Sanders Show" and the Miramax feature film "Playing By Heart", starring Sean Connery and Angelina Jolie. In 2000, Merri moved to Dreamworks Studios as the Casting Executive in charge
of TV Pilots and Series- including "Spin City", and the critically acclaimed "The Job", starring Denis Leary. She was then offered a position as the Director of Casting for Dramas and Movies at ABC Television, overseeing the casting of "Alias", "NYPD Blue", "The Practice" and the 'made for television movies’ "Gilda Radner - It's Always Something" and "The Music Man", starring Matthew Broderick and Kristin Chenoweth, to name just a few.

Merri then returned to the East Coast to teach and coach actors – something she still does (and loves) as time permits, when Tara Rubin offered her a Casting Director position where she’s been happily ensconced ever since, working on, among many others - the Broadway, touring and international companies of SPAMALOT, JERSEY BOYS, THE PHANTOM OF THE OPERA, LES MISERABLES, HOW TO SUCCEED…, IT SHOULDA BEEN YOU, SCHOOL OF ROCK and MISS SAIGON. She also casts for many theaters regionally including the Papermill Playhouse, Dallas Theater Center, The Old Globe and The LaJolla Playhouse. She is the very proud CD of the critically acclaimed web series SUBMISSIONS ONLY and also boasts many TV & film projects, workshops and readings – including the new musical TREVOR – based on the Oscar winning short film.

In other news, she has been a Big Sister to Jenny via the amazing Big Brothers/Big Sisters program for the last 18 years, is an alumni officer of the professional sorority Kappa Gamma Chi (BFA in Musical Theater - Emerson College), a member of Who’s Who in American Colleges and Universities, has been a Tony Voter for the past three years and is a proud member of CSA (Casting Society of America). 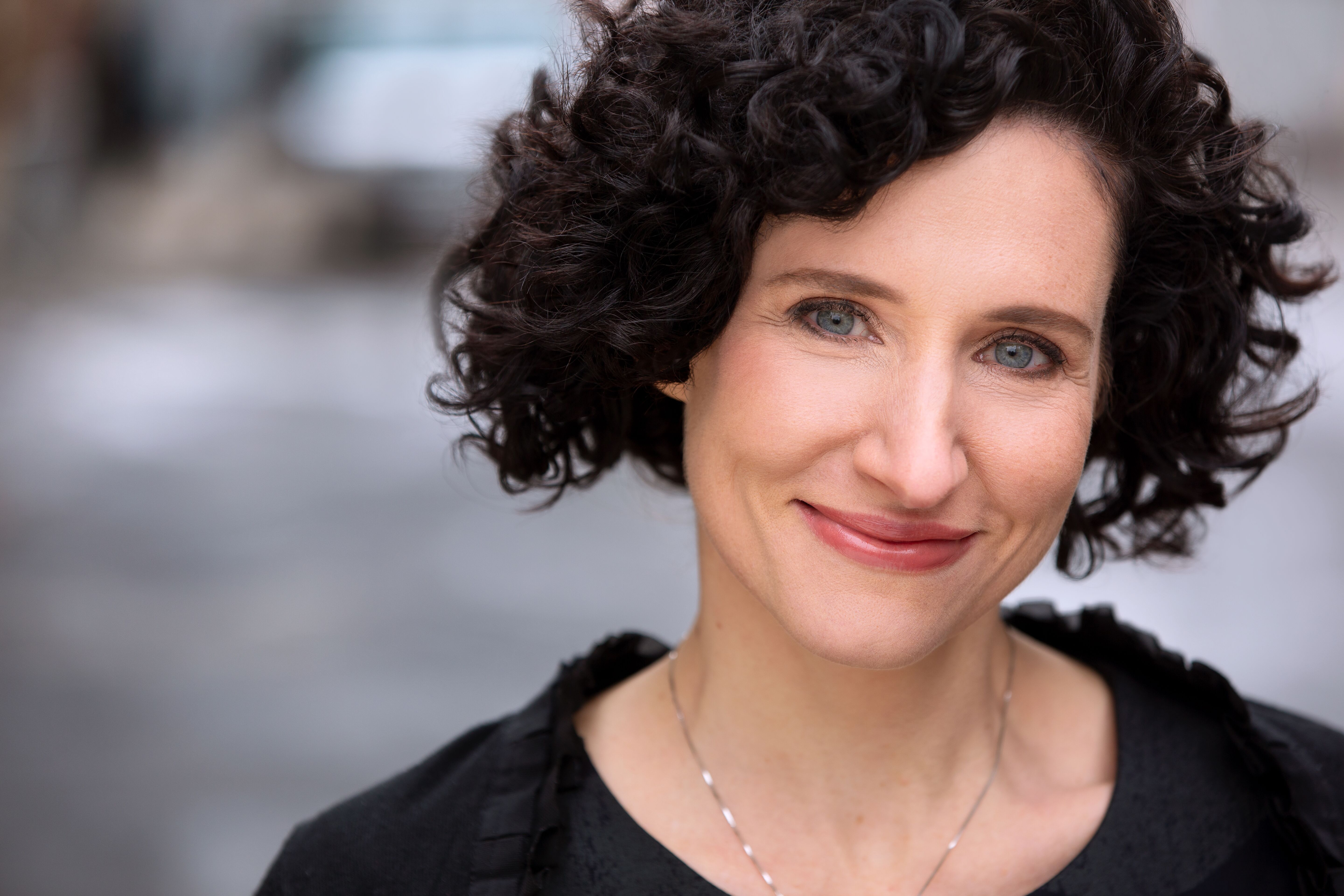 Laura joined Tara Rubin Casting in 2003.  She has worked for legendary directors and playwrights during her time at Tara Rubin.  Theatres include Yale Rep, Westport Country Playhouse, Second Stage, Williamstown, La Jolla Playhouse, and the Philadelphia Theatre Company in addition to the Broadway productions of The Country Girl, The Farnsworth Invention, Rock N Roll and The History Boys (U.S. casting).  She earned an MFA in Directing from OU and a BA in Theatre from Smith College.  She thanks her father for taking her to her first Broadway show (The Pirates of Penzance starring Kevin Kline and Linda Ronstadt).  She lives in Queens with her family. 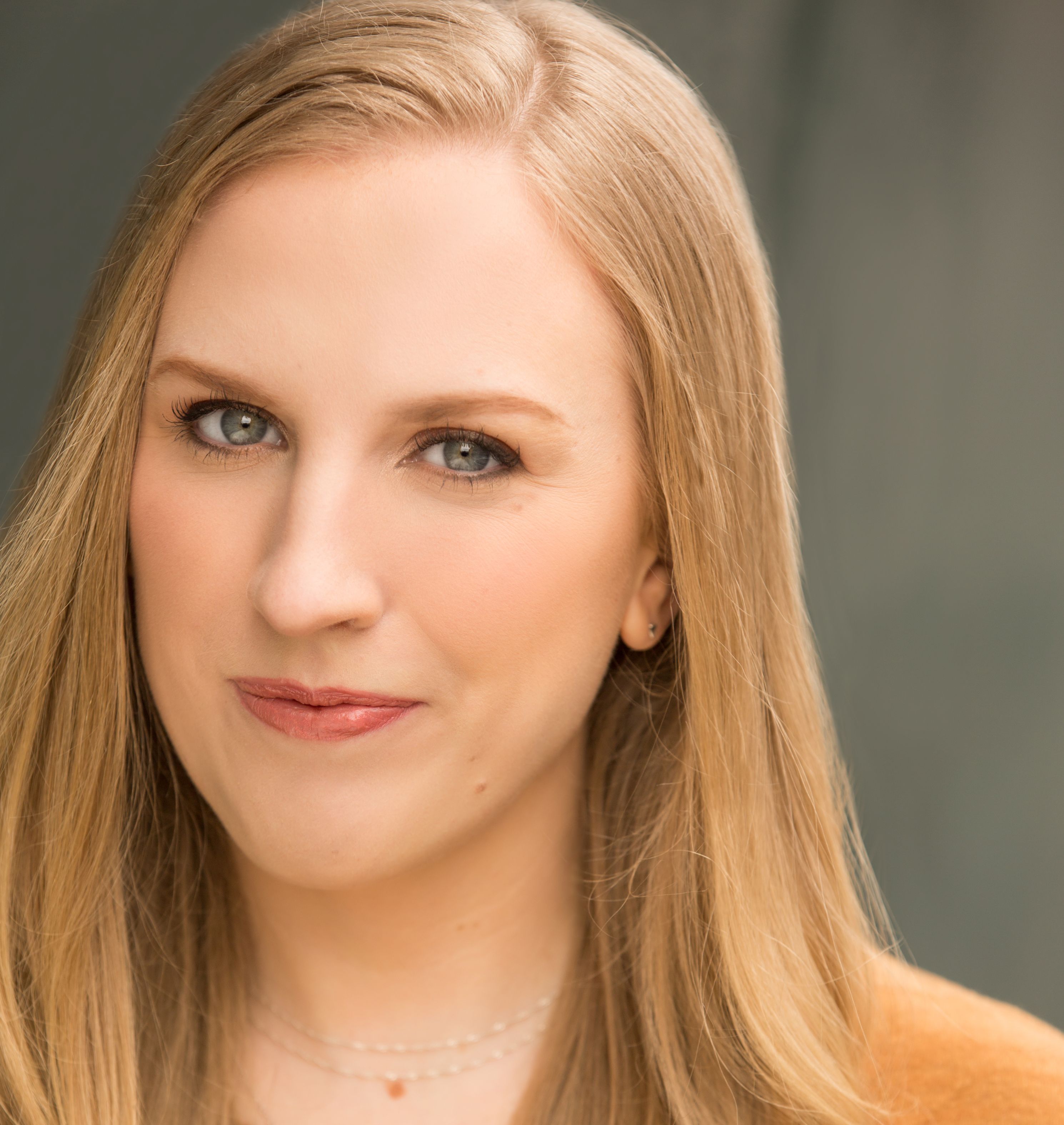 Claire started as an intern at Tara Rubin Casting in 2013.  She is now a Casting Director and CSA Member.

Favorite projects Claire has worked on include Ain’t Too Proud, Miss Saigon, A Bronx Tale, and The Bandstand.  She has a particular fondness for School of Rock, which was the first project she got to be a part of from the very first audition through to today!

Before beginning her career in casting Claire was a founding member of the Mad and Merry Theatre Company where she produced, asst. directed, and performed under the Artistic Direction of Madeline Sayet.  She has also served as House Manager at the Irish Arts Center and spent several years working various front of house and managerial positions at Brooklyn Bowl.  Her favorite experience at the Bowl was helping to open their Las Vegas venue.

Claire holds a BFA from NYU where she studied Drama (with the Atlantic Acting School) and Irish Studies. 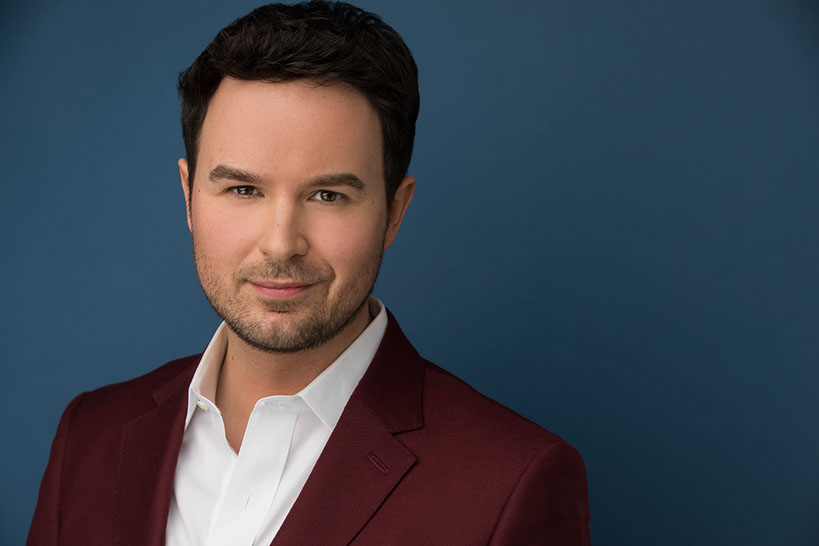 Peter joined Tara Rubin Casting in 2018 as a Casting Director. He currently casts the Broadway productions of Six, Sing Street, and The Phantom of the Opera, as well as the National Tour of The Band’s Visit. Other recent credits include Chasing Rainbows (Paper Mill Playhouse) and the New York premiere of Duncan Sheik’s Whisper House.

He began his career at Jim Carnahan Casting / Roundabout Theatre Company, where some of his Broadway credits as associate casting director include Tootsie, Head Over Heels, Angels in America, and Farinelli and the King, as well as The Beast in the Jungle (Vineyard Theatre), Chess (The KennedyCenter), Wonderful Town (LA Opera), and Nice Fish (A.R.T./St. Ann’s Warehouse/West End).

For over three years he was executive assistant to the head of the talent department at Innovative Artists in New York. He assisted producer Ellen M. Krass on the film of Stephen Sondheim's Company at the New York Philharmonic, directed by Lonny Price. He also worked with Mr. Price on the documentary Best Worst Thing That Ever Could Have Happened, among other projects.

Originally from Portland, Maine, Peter studied theatre at the Walnut Hill School for the Arts and NYU Tisch School of the Arts, and holds a B.F.A. in musical theatre from The Boston Conservatory. He is a proud member of CSA. 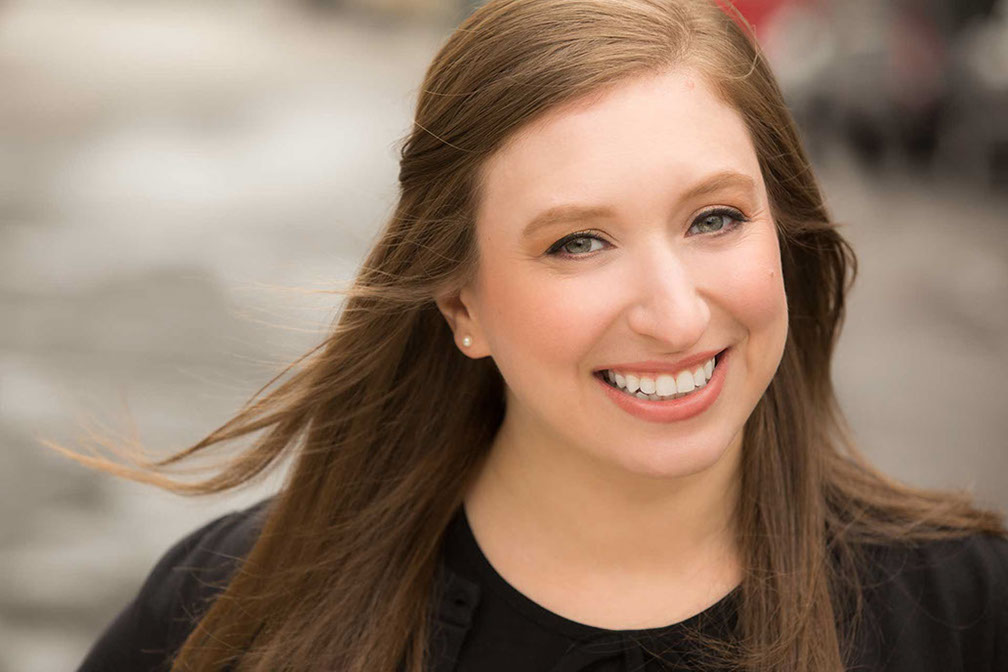 Felicia Rudolph joined Tara Rubin Casting in 2016.  Before TRC, she worked as the Casting Associate for Seasons 3 and 4 of the Netflix Series, House of Cards, as well as the Casting Assistant at Fox for two Pilot Seasons.

She began her casting career in 2008 with a summer internship at Telsey & Co. She then interned for MelCap Casting (now Caparelliotis Casting) and became a Casting Assistant in the office, and was lucky enough to work on projects such as Death of a Salesman and Seminar on Broadway. Felicia served as the Casting Assistant on Holler if Ya Hear Me, the Broadway revival of Romeo & Juliet starring Orlando Bloom, and BAM’s production of The Master Builder starring John Turturro.

Felicia is originally from Arizona and graduated from Muhlenberg College in 2010 with a degree in Theatre and Communications. She knew that she wanted to work in Casting since she was a kid and working at Tara Rubin Casting is a dream come true! 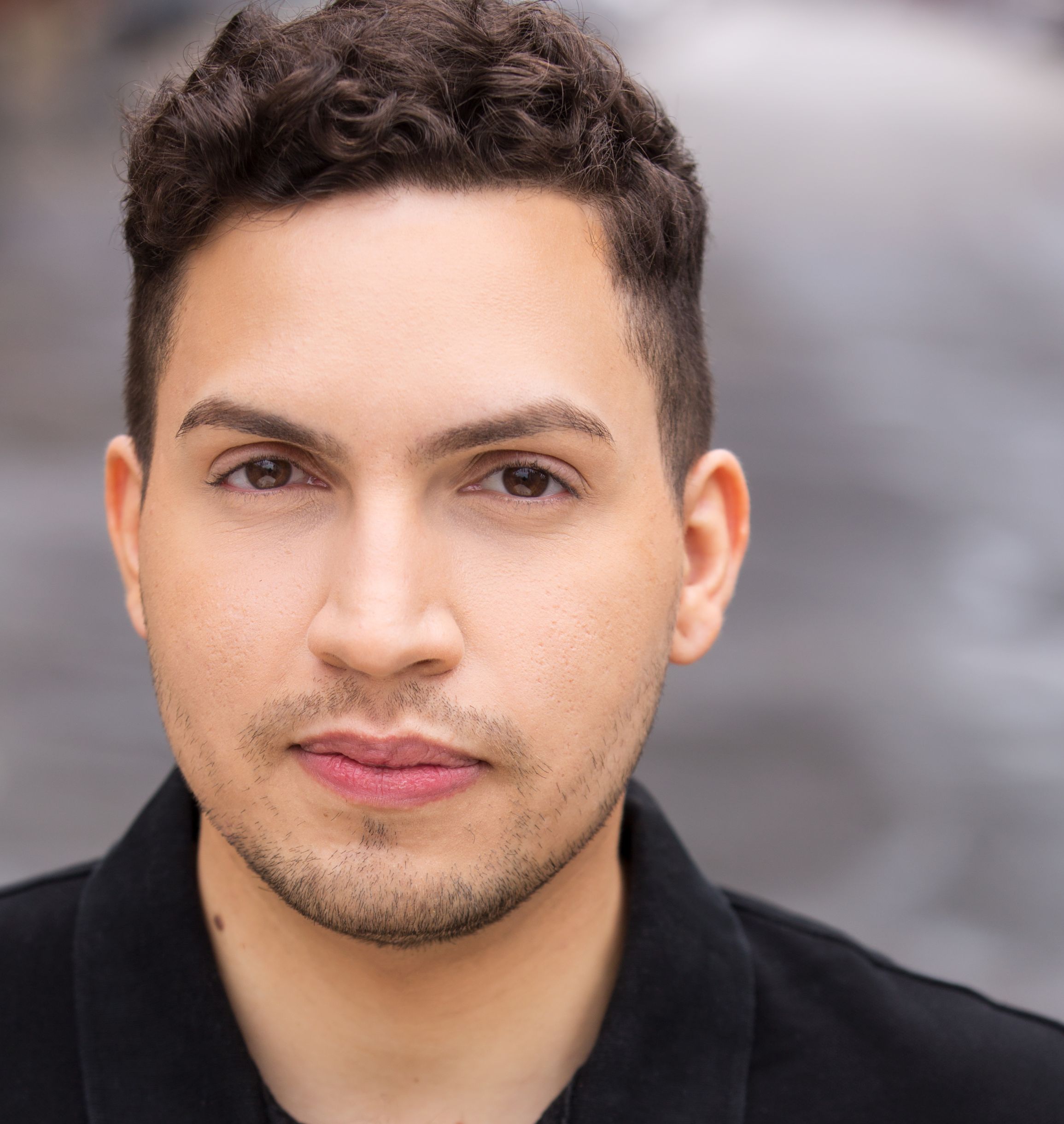 Xavier Rubiano (he/him/his) joined Tara Rubin Casting in August 2016. Xavier was born and raised in Jackson Heights, Queens, New York and is a proud first generation Colombian American. Xavier attended Frank Sinatra School of the Arts, founded by Tony Bennett, in Astoria, Queens with a major in Dance and a minor in Musical Theater. He went on to get his BFA in Musical Theater at the American Musical and Dramatic Academy in NYC & LA.
‍

Xavier started his casting career in 2011 where he had his first internship at Clemmons/Dewing Casting. He continued to assist Joy Dewing when she started her new business, Joy Dewing Casting, as a monitor at her open calls and she brought him on as an apprentice in 2013. He became her Casting Assistant in 2014. Xavier has also interned at Stewart/Whitley and apprenticed at their office in May of 2016.
‍

For TRC, Xavier has cast the Broadway and National Tour Productions of Dear Evan Hansen and The Phantom Of The Opera, the national tour of CATS and the world premiere production of Kiss My Aztec! at Berkeley Rep and La Jolla Playhouse. His next projects are the world premiere of The Outsiders, set to premiere at The Goodman Theater and The Gardens of Anuncia, set to premiere at The Old Globe.

‍
Xavier is a proud member of the Casting Society of America. He has been nominated for two Artios Awards for his work as a Casting Associate on the Dear Evan Hansen National Tour and the Off-Broadway production of Clueless, the Musical. 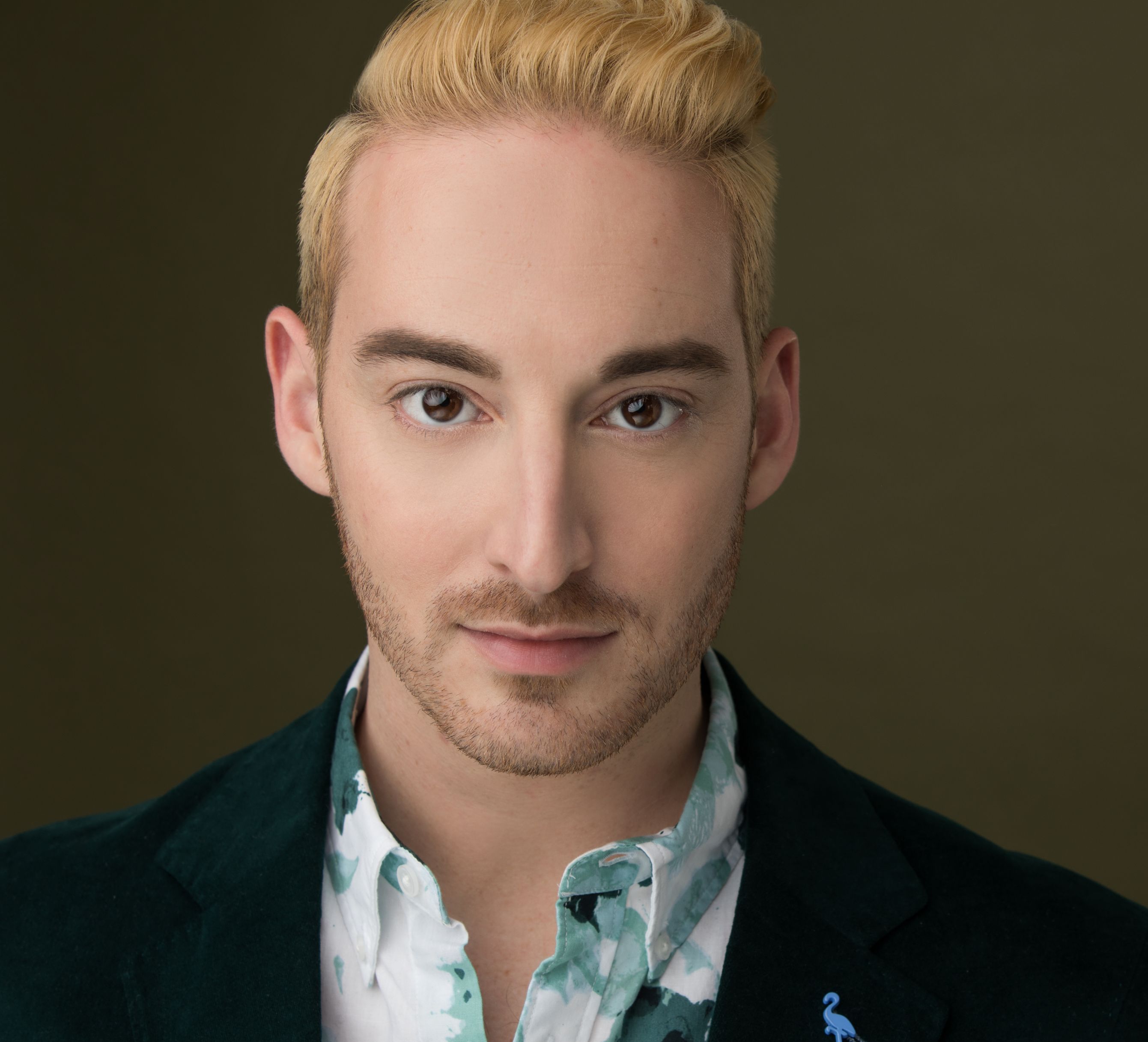 Kevin joined Tara Rubin Casting in 2018. Prior to TRC, he worked at Wojcik/Seay Casting and Joy Dewing Casting, where he served on the casting teams at both offices for multiple national tours including the RENT 20th Anniversary Tour and Kinky Boots. He has also worked on the national tours of Something Rotten, Rock of Ages 10th Anniversary Tour, Mamma Mia Farewell Tour, and 42nd Street. Additionally, he has cast for numerous regional theatres, Off-Broadway, and commercials and print ads for Aloft Hotels and Fiverr. 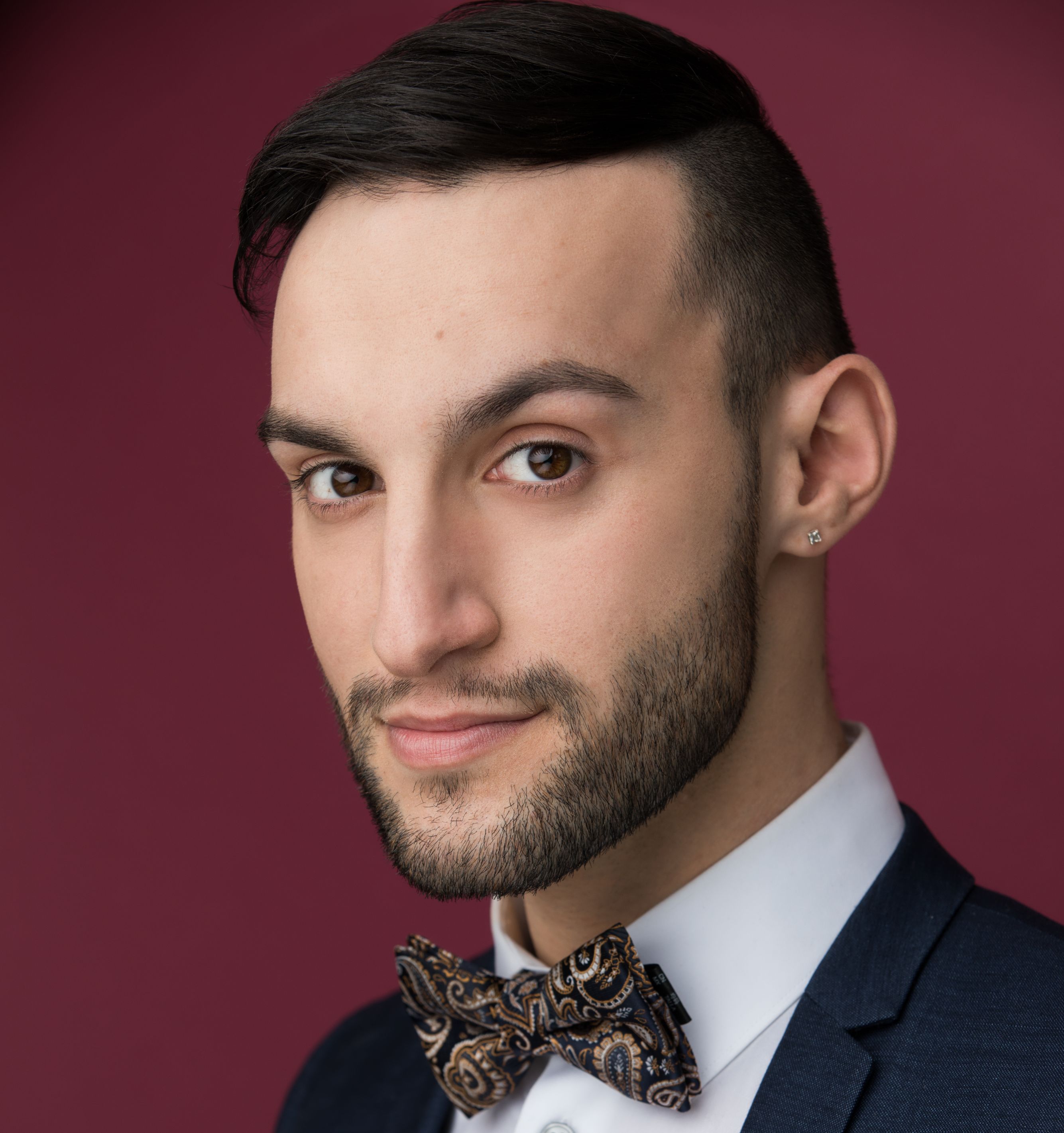 Louis DiPaolo ecstatically joined Tara Rubin Casting in April 2018. Before TRC, Louis began his casting career in 2016 at Jim Carnahan Casting/Roundabout Theatre Company, where he interned and then continued on to become the casting apprentice. Some favorite projects that he assisted on were Fun Home Broadway and Tour, Groundhog Day, Matilda the Musical Broadway and Tour, Angels in America, and Harry Potter and the Cursed Child. He also assisted Stephen Kopel and Carrie Gardner on numerous projects including Jagged Little Pill, Beautiful, and The Humans Tour.

Before casting, Louis was an assistant at Lauren Singer Talent, a boutique management office that works with young talent.

Originally from Long Island, Louis received his BA in Communication from SUNY Geneseo in 2015. Louis pinches himself every morning to make sure that working at TRC isn't just a dream! 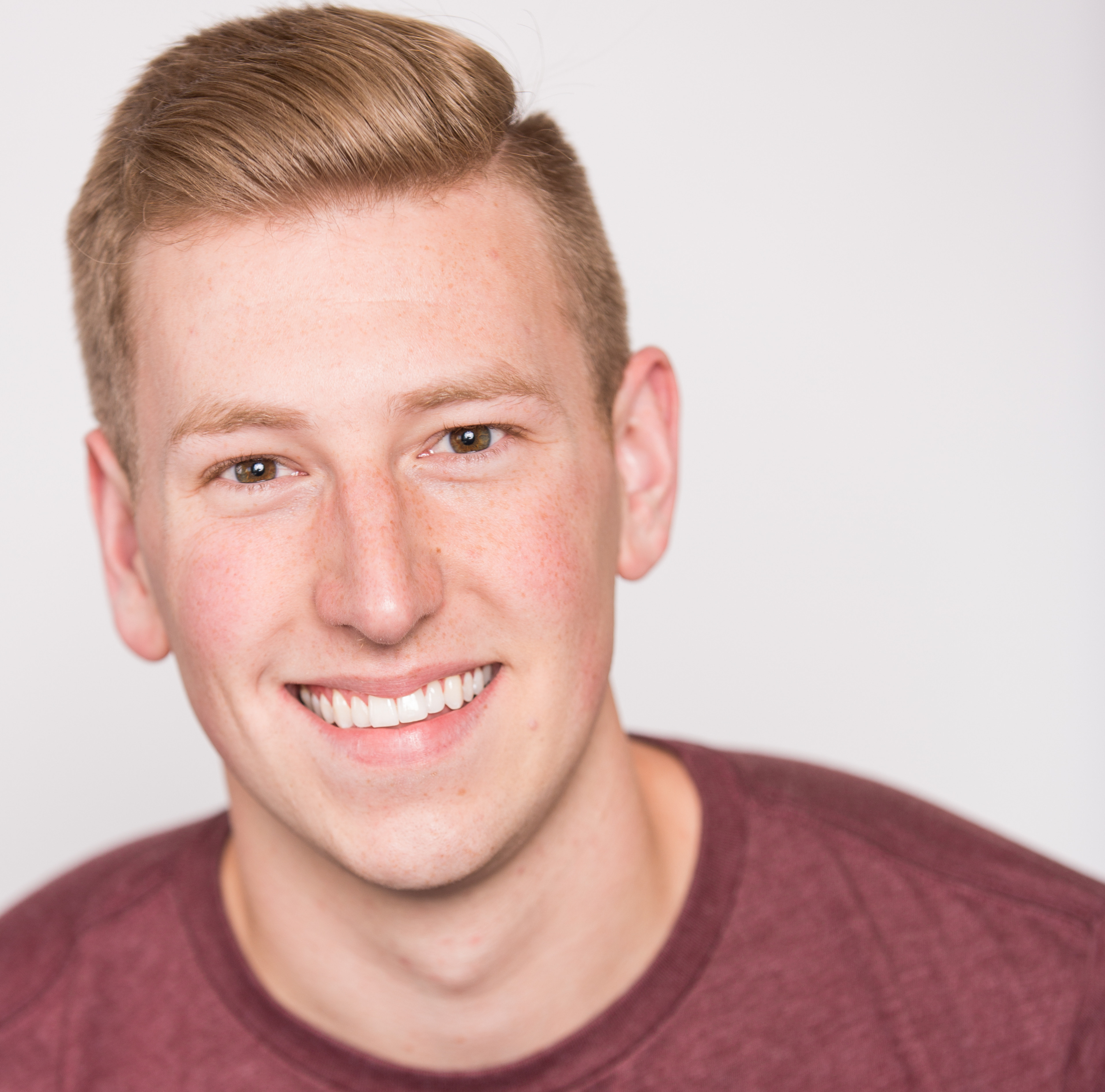 Spencer Gualdoni joined Tara Rubin Casting in January 2020. Prior to TRC, Spencer began his casting career in the summer of 2016 at Telsey + Company where he served as an intern. Post college, Spencer worked full-time as the Executive Assistant to Broadway Director/Choreographer Jeff Calhoun. While employed with Mr. Calhoun, Spencer had the great opportunity to work on 9 to 5: The Musical on London’s West End, Last Days of Summer, and Between The Lines. In addition to working with Mr. Calhoun, Spencer had the pleasure of freelancing with several casting offices -- Tara Rubin Casting, Telsey + Company and Kate Lumpkin Casting. Some of the projects he worked on were the 1st National Tour of BANDSTAND, Dear Evan Hansen, WICKED, Hamilton, The Music Man and Pretty Woman. Spencer also serves on Covenant House New York’s Young Professional Associate Board – a non-for-profit helping homeless youth in thirty-one cities across six countries. Originally from Southern Illinois, Spencer received his BM in Musical Theater from Oklahoma City University in 2017. He is so honored to be a part of this incredible work family!