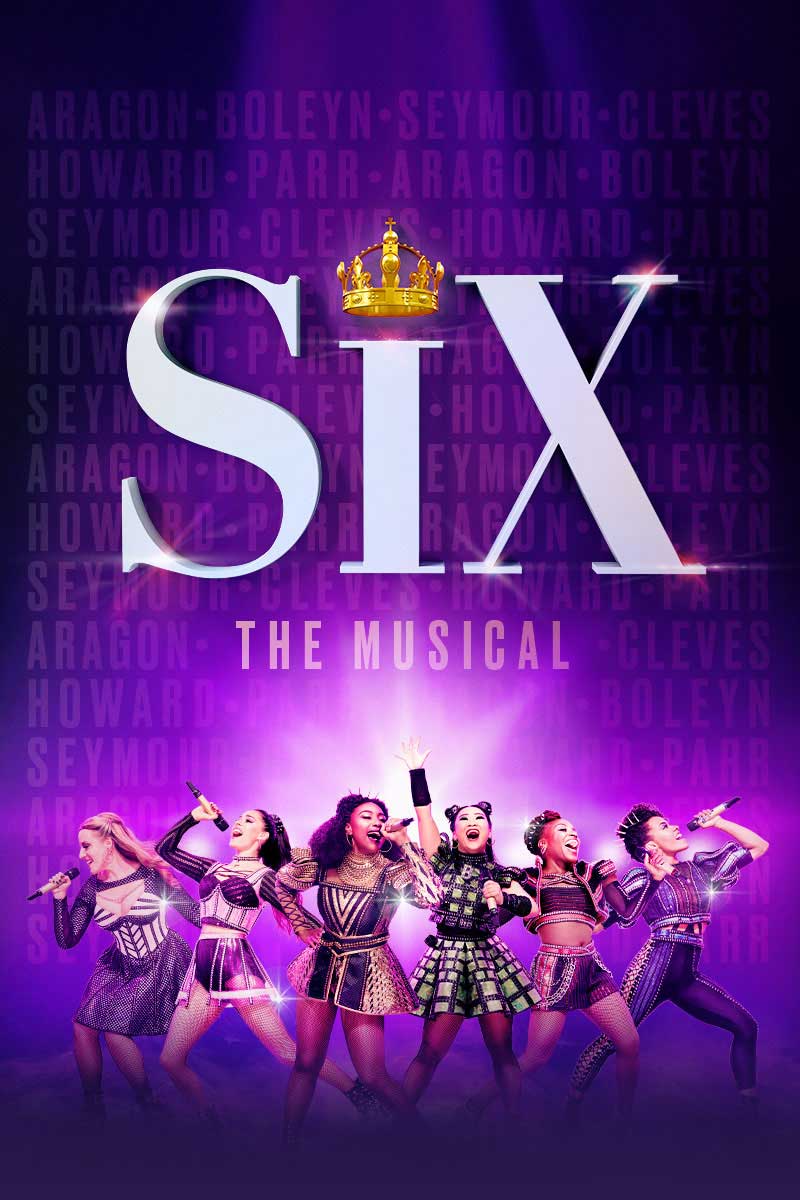 From Tudor Queens to Pop Princesses,wives of Henry VIII take the mic to remix five hundred years of historical heartbreak into an exuberant celebration of 21st century girl power! This new original musical is the global sensation that everyone is losing their head over. The New York Times says SIX is “pure entertainment!” and Evening Standard hails SIX as “the most uplifting new British musical I have ever had the privilege to watch.”